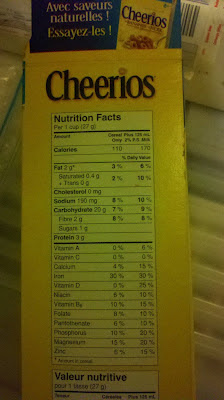 But before that, I just want to get word out to General Mills's Aussie cousin, Uncle Toby's Cheerios.
Canadians feed Cheerios to babies. What do Aussie babies eat? If it's Cheerios as well, then I'm going to have to think that there's a conspiracy between the dentists and our good uncle.
18% sugar?? That's not on. Anyone going to Canada again soon, can you pick us up some more Cheerios? Merci beaucoup!
Tonight I thought I'd take a few minutes to glance at the latest International Journal of Sports Medicine to see if there's anything new out there to get me the 41 minute 10k I want. Sadly, it won't be Actovegin. I'm actually probably the last to hear about this one, anyway, and all the best dopers will be sold out. My google searches revealed that it's been creating scandals within Olympics, Tour de France, and pro golf for a good decade. Yet, despite banning and unbanning it, no one seemed sure whether it really had ergogenic properties. So a team over at Cardiff said, Gee, why don't we do some research on it so we can actually know?
In the April 2012 issue, they report that they shot up 8 guys and had them hit the hand crank ergometer (ahhh, my favourite). Only a trivial effect was found between placebo and the calf blood (eeewww) and the conclusion was it's not ergogenic and did not improve "functional capacity."
I guess that's actually good news for me. First, I don't have to shoot calf blood up my arm (would that make me less of a vegetarian?). Second, I don't have to be jealous that the superstars have an edge I don't have because they fly over to see Dr. MatchboxDegree in Germany for a homoeopathic :)
But am I completely disadvantaged because I'm old? VO2Max goes down with age and there have been reports that skin blood flow and sweat rate decrease with age as well. So us middle agers might not be able to cool ourselves so well and thus be forced to slow down when racing. Does age really make me less tolerant to heat when running? Do I need to start racing in the Arctic to get my 10k time down? 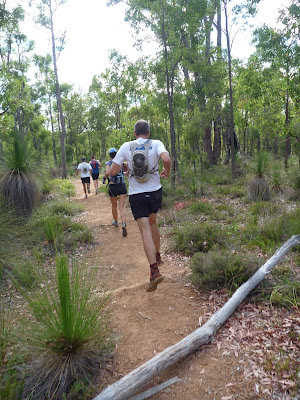 According to 4 Brazilian and 1 Norwegian researchers: No. They got 7 middle-age and 7 young guys to run insanely fast in a room at 20 degrees and again at 40 degrees and poked them with a myriad of devices, including rectal thermometers (where do we get all these willing guinea pigs?). Although the middle aged athletes (all competitive runners) had a decreased sweat rate per sweat gland, they had more of them. So, it seems that not only do you start sprouting rogue hair in middle age, you get extra sweat glands as well.
Finally, I found an interesting study looking at "step frequency" when running and its connection to tibial stress fractures. Ten blokes ran on a forceplate at their preferred step rate and then at various other rates, according to a metronome beat. Forces were markedly lower with an average 15% increase in "step frequency." Yup, another study saying people over-stride. And that changing foot strike patterns is a good thing (shorter stride = midfoot land = knee flexion/shock absorption/spring = no stress fracture).
Great. But I still don't know how I'm going to get the 41min 10k, except by working bloody hard. And who wants to do that?
To end on a less serious note...remember Sesame Street?
One of these things is not like the others
One of these things just doesn't belong.
Can you tell which thing is not like the others
By the time I finish my song.... 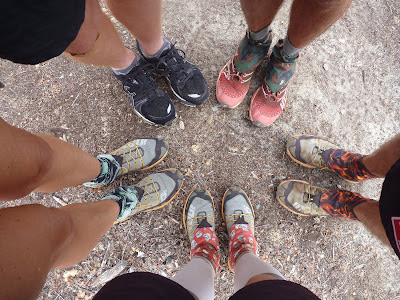 Posted by Bernadette Benson at 7:41 AM