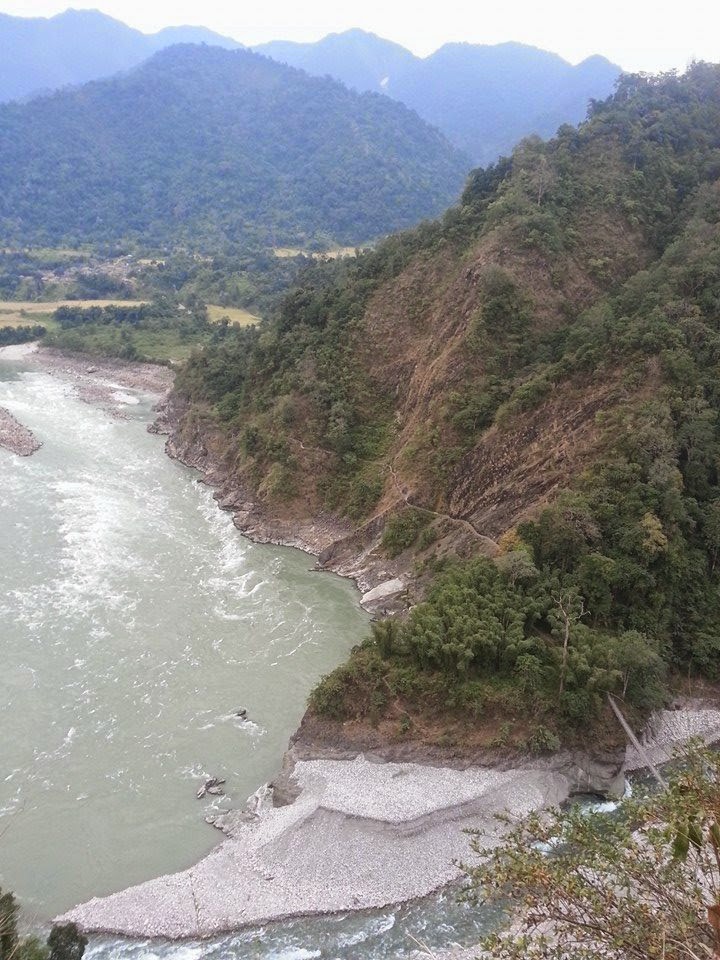 In eight minutes I'm out the door.

It's a 3 day 100km running event in remote north-eastern India. The communities along the Siang River in Arunachal Pradesh wish to raise awareness for their area, in order to help preserve it with community-based development that will allow the people to hold onto their culture and heritage.

I'm thrilled to have been invited and to go back to India for the first time in 15 years.

Hopefully the result of this initiative will see the event staged as an annual race from next year! 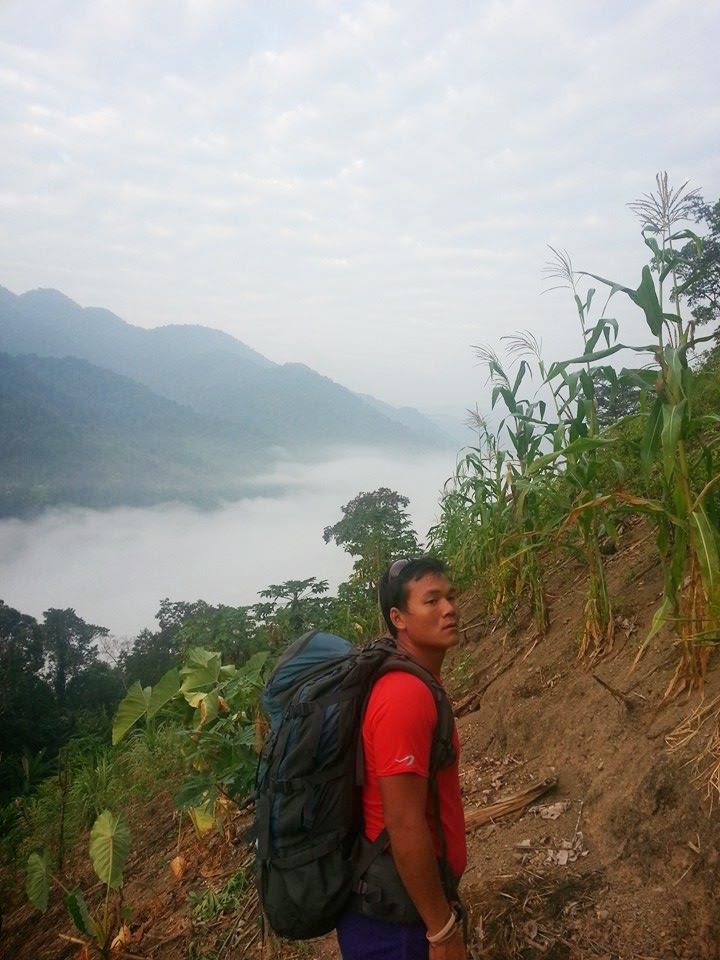 With support from and to:

Donyi-Polo Mission- provides educational and vocational rehabilitation to the poor and disabled children of Arunachal Pradesh so that the less privileged section of the society may come into the mainstream and lead healthy and productive lives.

Siang Peoples Forum-represent the indigenous people of Siang Belt in Arunachal Pradesh and protect the proprietary right over their land, water and air. At present, the forum is spearheading the public movement against the Govt. of Arunachal Pradesh policy to outlet all water resources to private hydro-power developers. 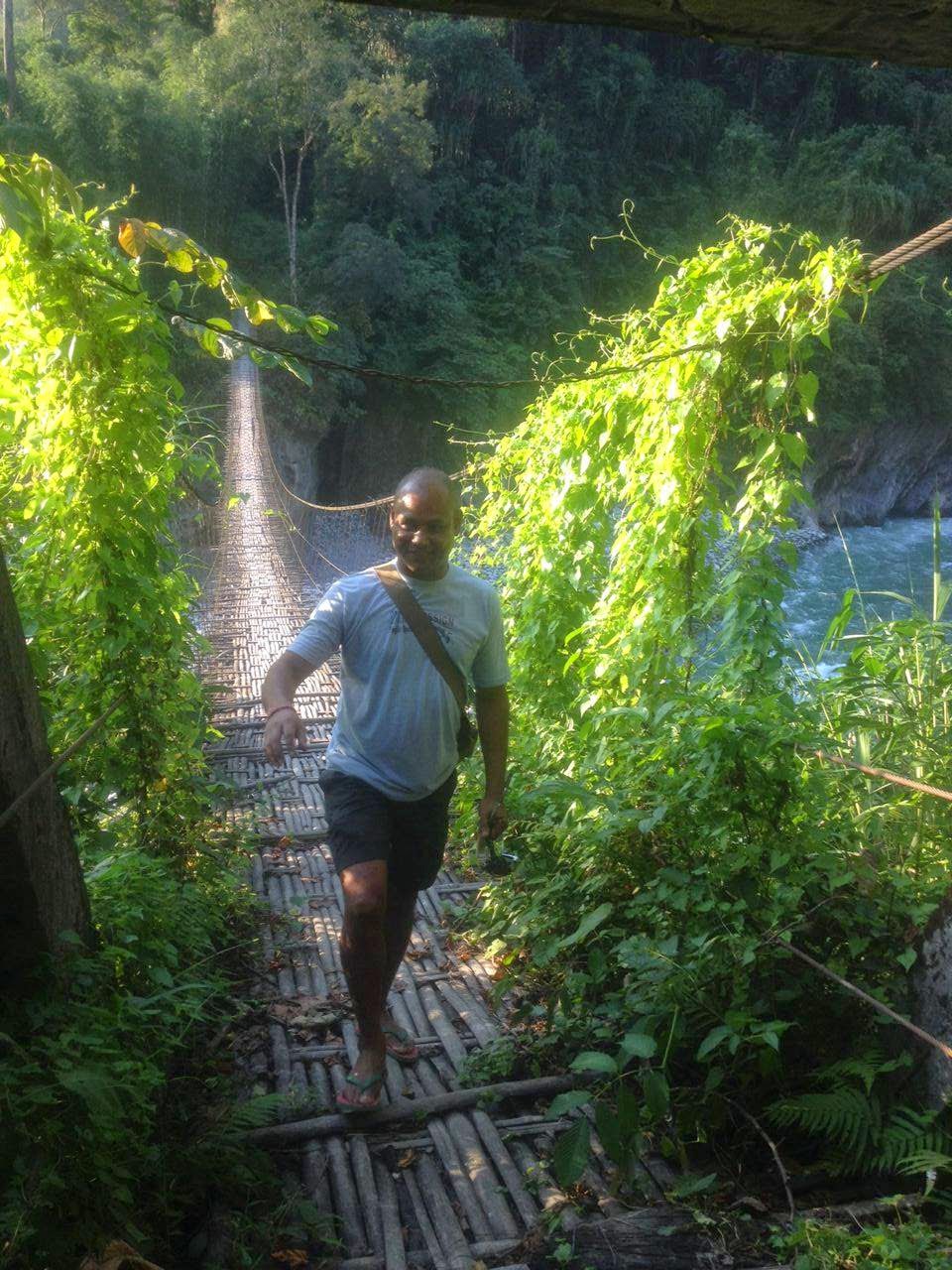 At the end of October, I managed to wring some free time out of Google calendar. The plan was to do a three day fast-packing recce trip on the Bibbulmun Track.

To recce what? Well, I've had it in my head to try to break the fastest known time (FKT) for the self-supported end-to-end of the 1,000km trail here in Western Australia. Many people know that 3 years ago I broke the "supported" (and overall, as one might expect) record, travelling the distance in 15 days 9 hours+ with my partner as crew. My original plan had been to run self-supported. I like being on my own. It's actually easier on my brain most of the time to be alone. But supported was the way that one played out and I'm glad.

Thus, the self-supported FKT has been in my head for a long, long time. The overall self-supported record (and still female record) was Nicki Rehn's 19.5 days, from 2009. However, in November 2012, strong, wise, and experienced ultra runner Andy Hewat from eastern Australia brought that benchmark down to 17 days 9 hours and change. That's what I have to surpass now. Basically, the idea with a self-supported FKT is no crew. You can buy supplies in towns, leave food drops in towns, but can't have anyone specifically out there to meet and help you along the way. There's no cosy bed at night, no one to cook meals or help refill a pack. Pack weight goes up from 1-2kg to about 10kg. You're wearing the same clothes for 2 weeks.

I was hoping a couple months ago to have a go at the FKT right now. But by the time I clicked on Google calendar to block out 20-some days (including lead time and recovery time), I was too late. My diary was too booked up. But after doing my recce, I can only say "Thank goodness!" There's no way I would have succeeded without spending some more time doing recce work.

Here's what I learned.

My brain was loaded down with work and I wasn't in the best of moods. I asked my partner to drop me on Albany Hwy, about 45 minutes south of home. My plan was to run south towards Collie. 40 minutes into the trip, I realised we're on a totally different highway, headed SW, not SE. The 45 minute drive became 2.5 hours. I decided to get dropped off at Harris Dam, north of Collie, and run north instead. As a result of this stuff up, I lost nearly 2 hours of planned running for the day (based on time of darkness/nightfall).

I started running and within minutes felt water dripping onto my calves. I hadn't used this pack in a while and had forgotten the right way to seal the bladder. Fortunately I didn't soak the sleeping bag and other gear.

At 3.5km, I reached the first shelter. Looking down, I saw I hadn't yet turned on my Garmin. Nice. Get your head in the game, girl!

At dusk, with about 4k to go, I noticed it was awfully noisy behind me. Ignoring it didn't change things. I finally looked back to see my pack had come open and my drybag of clothes was dangling out, banging with each step. The pressure of a full pack, combined with having the zips meeting at the top centre, caused them to come open. All zips were duly noted from then on to be zipped to one side, not the centre.

It got dark before camp. That much I was expecting. But the maps don't always match the distances exactly (small realignments over the years) and a Garmin 310 on a windy route isn't going to give an exact distance, either. I started to second-guess whether I could have missed the turn to the shelter. Getting out my map, I had to try to figure out my position in the dark. I had to use bearing (per my gps) and terrain (topo lines on the map) to sort out where I was. It was a little stressful. Would have been better to stay in touch with the map at regular intervals. There were so many intersecting bush tracks in there that I couldn't reliably say, "Oh, I'm just after this or that intersection."

I snugged into my awesome new Sea to Summit Spark Sp II sleeping bag (best buy in a sleeping bag ever!) that I picked up from Mainpeak in Perth. The bag lay upon a Thermarest NeoAir with silver foil top. This was the lightest yet most effective system I've ever had for sleeping in the outdoors. To top it off, I had the Sea to Summit Nano mossie net to shield me from all the nasties. Mostly, it's ticks I have to beware of. But spiders, red ants, scorpions, flies, and other little Aussie creatures can ruin a party, too.

I laid down without washing all the sweat, dirt, sunscreen, and 80% deet off my body. And then I spent the rest of the night sticking to myself, wishing I could crawl out of my own skin, but being too incoherent to wake up properly and go wash.

It was a day for lessons. Good thing it wasn't the real thing.

I didn't sleep much on night 1 because the rain on the tin roof was so loud. I fell asleep close to dawn, but was still back in my sweaty wet clothes and on the trail by 6.45 am. 12 hours and 58km later, I had done a "triple hut" day and arrived before dark. My back and shoulders were aching. My feet were aching. My hip flexors were so stiff I was walking like John Wayne in a cowboy movie. I had fought the voice in my head all day. "This is so hard. Why are you doing this? Are you prepared to do this for SEVENTEEN days?"

At bedtime, I couldn't sleep for the restless and very uncomfortable feeling in my legs. It was a problem in 2011, too. It's a problem after every race, but it doesn't matter to be sleepless for one night. Unless you have to get up and race again. And again. I remembered that cruel feeling from 2011 where I would lay down to rest and my legs would go into restless mode, preventing any sleep at all.

Going so "slowly" by running standards (9min/k+ on flat), with over 10kg on my back (6kg gear, 2kg food, 2+kg water), I figured I could digest quite a bit of fat as fuel. And energy-dense fuels take up less space in the pack. Given I was carrying food for 3 days, the idea made sense. But after Day 1, I never wanted to see cacao again. I couldn't eat any nuts allocated to day 2 until evening. If it means more food drops during the FKT, that's what I'll have to do in order to fuel with more carbs than fat. Me, fat, and running just don't agree.

Though the days are quite variable and there can be downright cold nights (7-9 degrees) into November, there is too much chance for hot days to do an FKT this late in the year. Day 2 was tough for heat. I was developing a heat rash around my hips. November has historically been peak FKT month and it offers more daylight, but I think I'm better off to swap daylight hours for daytime cool. My sleeping bag and Thermarest combo should provide warmth at night. The early morning starts will be harsh...especially that moment when I have to climb out of the bag and put my wet, sweaty running gear back on again.

I needed a luxury item for night time. Something that would feel a bit rewarding at the end of a long day. But something that also weighed next to nothing. After drinking water all day, I thought I might not be so interested in more plain water at night. And I'm not carrying a stove for hot chocolate. So, peach herbal tea bags were in my food kit and they steeped just fine in Bibb tank water. I could "relax with my cuppa" before bed. Mind games! :)

I know many multi-day runners who swear by the Superfeet insoles. I wasn't sold on the idea - they have a hard plastic bit under the heel and raise the heel correspondingly. I'm a fairly minimal type runner. The insoles' main aim is supposed to be to support the midfoot/arch. But after two days, my heels were sore and on both nights I had to drain and tape blisters on the medial side of both heels. Day 3 I put the normal Inov-8 insoles back in the shoes and it was lovely. Fortunately, Superfeet back up their product with a guarantee and I should be able to ask for a refund. They're not for me, but I appreciated getting to try them out.

And it's much easier to see this at a gentle pace.

I realised that I was running north into a "commitment zone". A commitment zone is my term for a long section of the Bibbulmun with no outside vehicle access. This zone is about 60k long and it was 20k in front of me. To do it would mean I'd run another full 60k day on Day 3 into the zone and still have 20k on Day 4 to get out the other side. Adding the extra time to the outing was going to put a lot of work/life pressure on me. I made the call to stop before the zone. That meant a very short Day 3. Thus, I maximized it by slowing down and "zenning out" a bit. At a relaxed pace, I found it easier to pay more attention to and enjoy the curves of the hills and trails. I took photos of flowers. (There won't be a camera on the FKT.) I smiled and took big breaths of clean air.

When I ran the Bibb in 2011, I said near the end, "The Bibb teaches acceptance." Of all the lessons out there, this is still its most powerful.

Will I go through with the FKT attempt? I still ask myself that!