The Best Thing to do for Valentine's Day 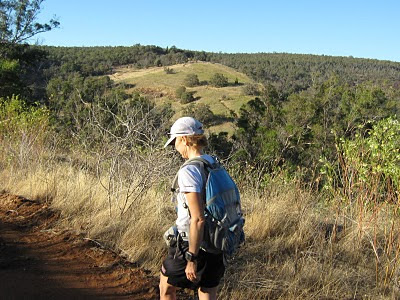 Set a rogaine fat ass course for your mates and then watch them head off for heaps of adventure!

On Saturday, Rolf joined me in setting the "controls" in my favourite nature reserve/park with a gorge and steep hills on either side. It's probably 25 square kms. I hauled out 4.5 ltrs of emergency water (cached at two locations) and 10 books with vague Valentine's themes, such as: 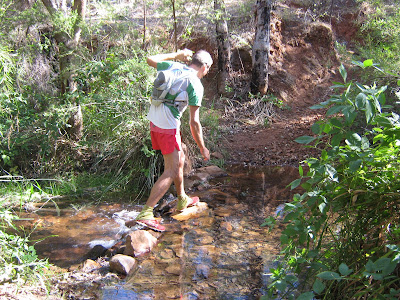 The books had differing point values - up a steep hill may be an 80 pointer, close by in the valley a 20 pointer.

Up for grabs was a total of 460 points given a maximum of 3 hours. Get as many or few as wanted in the time limit. But there was a nasty 5 point penalty for every minute late in returning.

The win went to Aaron, who was the second to return, but by making a late effort to bag an 80 pointer up a 700 mtr hill and then running hard, the 11 minute extra time loss was worth it. Hopefully we got all the tick nymphs off of him.

Most of the guys are shown in the photo here. Note the pig melons on the table. Three guys brought me back a pig melon - there was a 30 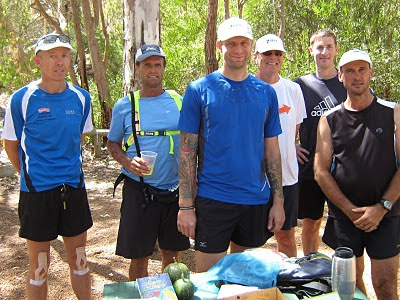 point bonus for it.

Tapering's a lot easier when you can at least help your friends have a great day out!

One week to Maroondah 50k. Time to do some predictions, calculate some splits, and decide on the toe nail polish colour.
Posted by Bernadette Benson at 12:02 AM