My Love Letter to Western Australia

In the early 2000's in Calgary, I needed a change. I was working too much and life was too predictable. I needed to set out on an "Expotition" as Winnie the Pooh would say.

In May 2008 I landed in Perth with three suitcases and an old bicycle. I loved the beautiful green UWA campus and the fact that the staff and PhD students like me stopped for "morning tea" each day. My first piece of furniture was a 4WD camping mat and my second was an outdoor patio set (yes, it was almost winter in Perth, but that was nothing compared to Canada).

I learned about snakes and pea gravel on your trails and that buying a canoe would be money poorly spent. Instead, I got a BMW650GS and learned that I didn't like riding in sand or pea gravel! I learned about Christmas on a beach in summer (still weird) and that there can be nothing more beautiful than a sunset over the Indian Ocean. 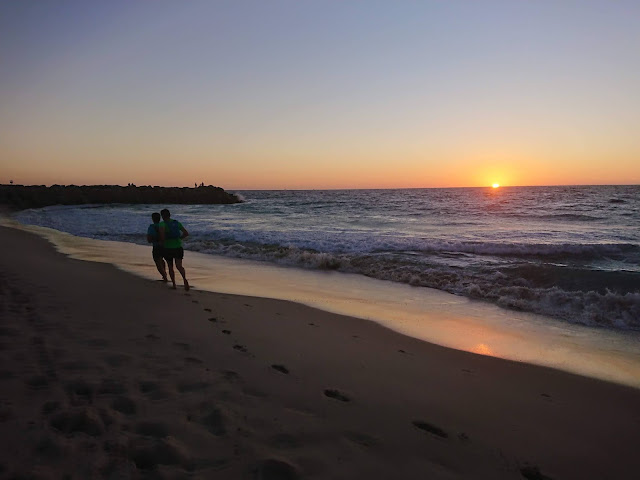 I met my partner of now 11 years in WA. Perth's road running community taught me what "Comrades" was and I taught them what "trail running" was ("8.45 pace?!") I found myself as owner and race director of the Perth Trail Series and saw hundreds of people discover that Perth really does have hills :) I joined the amazing collaborative outdoor recreation sector in a volunteer capacity in order to help guide trails development and maintenance at a State level. I met people who became my trail running family. Some of us have travelled the world together.

I learned not to "till" WA soil in a garden like we do in Canada and that cockroaches and huntsman spiders can be caught and released. I learned to run at 6am (or earlier) to beat the heat - and even to enjoy those early mornings (that took a decade!)

I camped with Noel Nannup and tried to learn from him and other First Nation elders about the Wadjuk Noongar Boodja upon which I was privileged to live. I developed my running skills and endurance and represented my new adoptive country on the world stage. I learned words like "doona" and "sanga" and phrases like "spit the dummy" and "she'll be right."

Now, it's time for me to take my Canadian "roots" (which are really European) and my WA Sandgroper "tree trunk" and grow some new branches in the mountains of Victoria. It's time for another Expotition.

I am wary of complacency, mediocrity, and insularity. Wherever I am, may I be willing to learn. And to support a fair, just, and thriving world.

The point is not to move because I think the grass is greener. The point is to see whether there is even grass. Or something else I never knew existed. And whether any of that even matters.