Reading Scott Jurek's new book was easy. It was compelling. It didn't take a lot of energy. I could read it first thing over brekkie or late at night or waiting for my take-away. In fact, I wanted to read it at all those times. And more.

It was easy reading, but that doesn't mean it wasn't intellectually stirring. In fact, it even got me rather riled up at times. And certainly got me motivated in regards to my running. 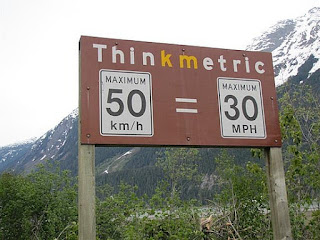 I'll immediately put forward my grumble about Americans (and those Pommies across the pond from them) continuing to speak this arcane imperial language that is sooooo 20th century! I know 105 degrees Fahrenheit must be hot, 20,000 feet elevation change in a race must be a lot, and a 7 min/mile must be fast, but I really won't get the impact of those things unless they are put in metric. And there are 6.5 billion of us in this world with a similar "language" issue. Isn't there an Avaaz petition we could sign on this? ;)

The book is basically an autobiography in chronological order, with recipes thrown in every 20 pages or so. Scott writes very candidly as an insider in the elite ultrarunning world - on friendships and sponsorships and some of the nasty 'gossipy' crueler side to the sport. He emphasises over and over again that success in ultramarathons is not so much about genes but about effort and will (yet, as you read his book you will probably be struck with how much knowledge he tried to gain through intellectually understanding the sport - not just by being mentally "stronger.")

I thought I was decently well read in the running literature (and other literature), but Scott's book left me with a list of at least 10 books I'd never heard of! (After getting to count the likes of Noam Chomsky, The Power of Now, and The Brothers Karamazov). 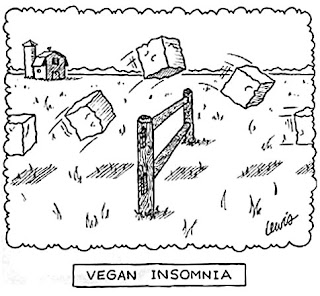 The veganism and recipes have gotten me sufficiently curious. I want to give it a try, but it really seems like a bloody lot of work. It's actually pretty easy being a vegetarian as I mostly am. On a slack night, a tin of kidney beans and tomatoes with spinach and chili powder thrown over pasta makes a pretty complete healthy meal. To become vegetarian all I had to do was stop eating meat and start eating legumes (beans, lentils, soy). To become vegan - and particularly Scott's brand of veganism with its emphasis on alkaline and less common foods - means I will be trying to fall in love with food preparation. I mean, the guy takes a travel blender when he goes anywhere!

But I've decided that this winter (Perth winter/northern hemisphere summer), I'll try some more of his ideas. Because I do know there is science behind a lot of what he's advocating - science that's good for runners, like alkaline foods. Since I'll be overseas for 2.5 months, doing limited amounts of work, I should be able to try introducing this change into my life. I thought I was being good finally buying and eating kale for the first time only a month ago! Now I'll be looking for turmeric root and shoyu (no, I don't know what that is) and adzuki beans.

Here's the thing that really gave my brain a challenge, though....Scott says repeatedly that ultrarunners are just like the stereotypes we all hear - they are recovering addicts, they are looking to solve a problem or running from something, they are masochists. He writes on p.181:

Am I a freak among freaks then? Am I in a state of denial because I don't believe this? Why does ultrarunning have to be all Sturm und Drang? Can't we have a little of the rationalist Enlightenment movement amongst us? Breaking and Destruction, be damned!

Just as when I saw Yiannis Kouros's documentary last month, I was draw to it and energised by it, but I didn't agree at all with his philosophy of "killing" himself when he races. What about something more like Oneness or pehaps even Transcendance? What about just running so that you can be in the present moment? I've written about that several times before. When I went to Commonwealth 24hr I remember looking forward to 24 luxurious hours of being in the moment. And the only thing I missed when the Bibbulmun was over? The simplicity of the day to day routine...being in the moment.

It's not about self-hate or trying to kill off any part of myself. It's not about looking outside of myself for something I don't have. It's already here within me. My perfect nature is already here and I just have to strip off the onion layers and be in the moment to see it. And let others see it.

Sooooo...read the book and let me know what you think. Are we all a bunch of whacked out dysfunctional junkies? And I'm just in the denial phase?

Enter to win your own book by clicking here. I'll draw for the book on the 1st! Then maybe we'll form a therapy group ;)
Posted by Bernadette Benson at 7:04 AM