Yesterday, just before heading out on my Sunday hill run, I glanced at my emails. There was a shocker.

I've been invited to be part of the national team at the IAU (International Association of Ultrarunners) World Trail Championships. The last one was 2009 in France. This time it's in Connemara, Ireland on 9 July.

You can see the website set up by the LOC (Local Organising Committee) here. The course this year is 71 kms, described as follows:

"The course will leave the Abbey for open ground and run to Diamond Hill in Connemara National Park, which consists of two circular loop trails conjoined in the middle in a figure eight fashion. Diamond Hill reaches a height of 442 metres and rewards athletes with expansive panoramic views of all of the Connemara area, including the Twelve Ben Mountains, Kylemore Abbey and Kylemore Lough, which the runners will encounter later in the course.the athletes will twice run a loop of approximately 32km where they will encounter open ground, bog, conventional trail paths, streams, forest and mountains for a true trail run in nature. They will have to negotiate Benbaun Mountain on each loop, which has a summit height of 729 metres."

The profile looks to have about 2100 mtrs gain to me.

As you can imagine, the rest of Sunday was a bit of a write-off. I was quite unfocused as I tried to process something that seemed so surreal. I still remember this girl, finishing her first trail marathon (indeed, first race ever) in 2007. Who conti 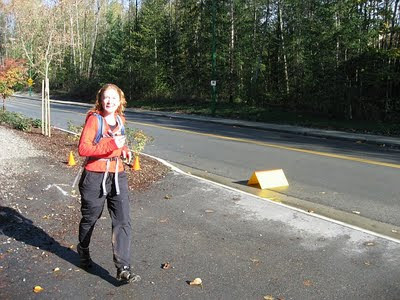 nued to run up and down the Canadian Rockies with the best of mates in 2008, until moving to Perth to trade snow for sand and bears for snakes.

I have now said "yes" to racing at Worlds. But, as ultrarunners are aware, our sport does not come with "Athetics" funding. You don't have to pay $30 to go watch ultrarunners race (just thinking of the $30 I paid to watch Athletics Australia Nationals in Melbourne last month). But that also means there's very little funding for athletes. I will have to 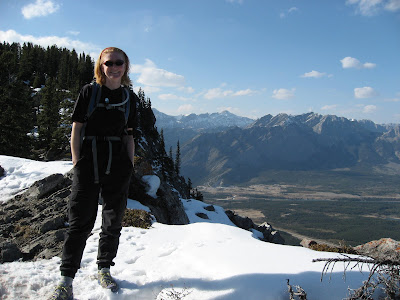 cover my own airfare and most other costs out of pocket. And...I'm a PhD student with a limited work visa.

I've thought about fundraising and have decided on this - I've added a "donate" button to the side of my blog. And I'll add one to my website later, too. I've never been good at coercing people to donate to causes. It's just out of my comfort zone, even when I feel very passionately about something. So, I'm doing this. It's a quiet way that I can ask for support - be it $1 or $10.

I can only promise to come back with even more knowledge and passion to share with everyone for the experience. Many thanks for your great kindness. 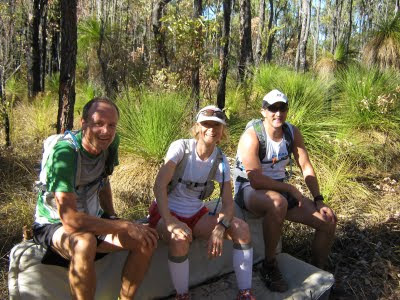 Posted by Bernadette Benson at 7:18 AM