These past three weeks I've bumped my usual weekly mileage up about 35k. I want a nice, big, fat base of endurance going into Commonwealths. I've starte 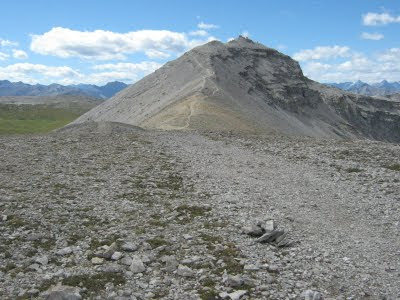 d a bit of speedwork, but next week that part gets serious. My programme is neatly typed into a spreadsheet, which I painstakingly agonise over ;)

But then I was sent the "top 9 ways to improve your running" from a running mate this week, which made it all seem so simple. It goes like this: 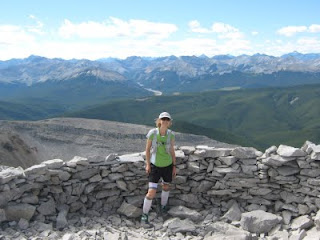 Thanks for reminding me that it doesn't have to be all that complicated, Ken!

Today I did something unusual for a Tuesday run - kinda made it my long run (although I did one of those on Saturday, but without the elevation). I ran 34k +1800 mtrs up a great switchbacking trail that the local MTB'ers created a few years ago and then on to the summit of Moose Mountain again at around 2,400 mtrs. No marmots AGAIN

I think it was the 60 kph wind keeping them in their burrows. We actually had to tack with the wind going back down the mountain - running with it from an angle at our backs, we had to turn our bodies to adjust. It was hilarious as a canoeist to think of trailrunners tacking with the wind!

Pushup progress: Can do 15 at a time, resting for 1 minute between sets, for a total of 40. One month to go to get to 40 straight...it feels impossible!

Posted by Bernadette Benson at 7:35 PM