No surprise, eh? Double my mileage (I mean, the rest is over, right?) and add a bit of speedwork. Wake up with a sore throat. 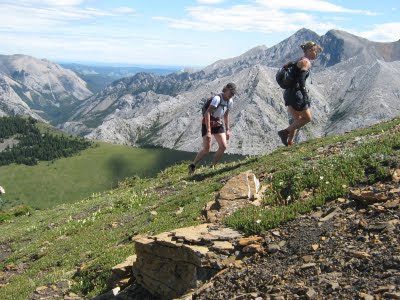 I don't think it's really a setback, though. My nutrition has been great and it doesn't feel like much of a cold. I just slept poorly a few nights (who puts wind chimes on their patio outside their bedroom window?? Apparently the people I'm house sitting for).

The amazing runs this week included a 15k up Moose Mountain to the fire lookout (yes, a real live fire ranger lives up there all summer with the marmots). If Garmin's not lying this was an 1,150 mtr run. The top w 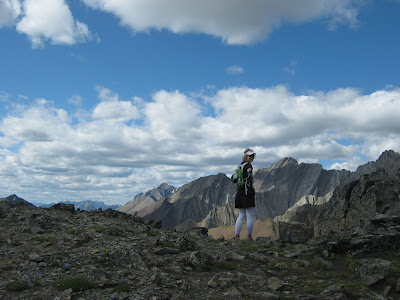 as supposed to be 2,437 mtrs according to the topo, but my Garmin shorted me about 50 mtrs. I think someone's been kicking rocks off the summit.

I realised that I'm feeling a lot better about the altitude now - I didn't even notice it today, despite having a bit of a sinus thing going on. I decided when I went up to Moose Mountain on Wednesday night that it was time for a new tradition. The only photo I could remember 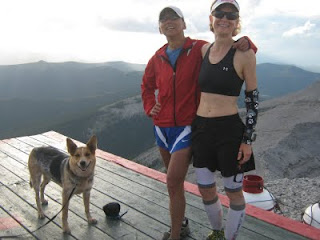 of myself on the summit showed me in snow and nothing but a sports bra! Obviously I was truly a hardy Canadian back then. So here are 2006 and 2 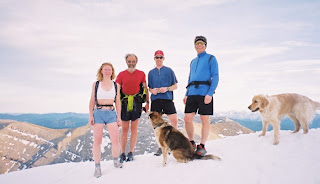