Am I a Canaussie Yet?

Five months ago I sent a very large parcel of paper 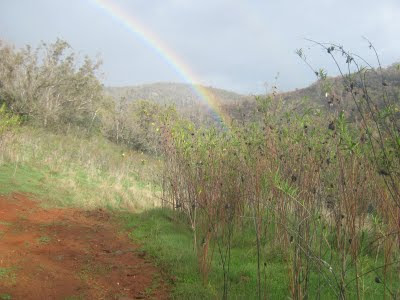 and a cheque to the Department of Immigration and Citizenship here in Australia. And on Friday afternoon...Permanent Residency!

Back in May 2010 after I decided to really start taking my running more seriously, I experienced many interesting side benefits (beyond the joy of better health and wellness). And Permanent Residency is a very large one I have just received. I'm really excited about this because Australia really feels like home to me now. Not only with my work and PhD, but I have so much of a tie to the running community here. I couldn't bear the idea of not being able to live here.

This week in review: Back to speed work and continuing with hill work. My quads have been torn to shreds and now they have a day to recover before I start all over again on them next week :) Am really appreciating my new Compressport Full Legs, which showed up just in time to trial at the beginning of the week. Rolf saw the big "F" on the front and asked if it stood for "Fast." I like that. It's a good mental boost now when I look at that "F." 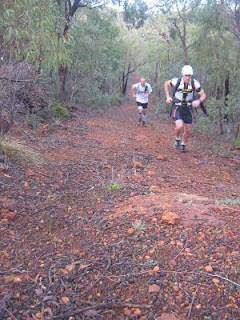 Tuesday's tempo session was a bit unique. I was rather "sooky la la" on Tuesday morning about going out to do my tempo session in the rain, so Tuesday night I found myself at the track races but still needing to get 14k of speed work in. It became a Bernadette fartlek session (I don't think it'll take off). Here's how it goes:

And then the rest of the week was hills and long tempo. Satur 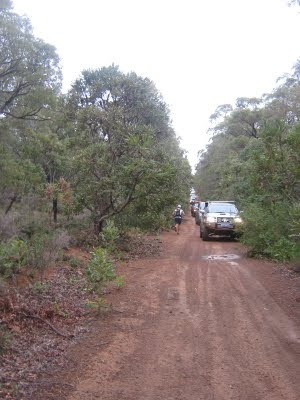 day's long run was a beautiful (but quad screaming) 28k +850 mtrs at Wungong Gorge. Not butterfly season, but we had a first sighting of a herd of 15 landus roverius in the middle of the park. Today I enjoyed a great 16k in Kings Park where I had to say goodbye to two more running mates I won't see for a few months. As we ran above the river, we could see the Perth marathon racers on the far shore.
Posted by Bernadette Benson at 6:31 AM