Boomerang (she threw herself as far as she could, but still came back)

Last weekend I ran away from home. Well, no, it wasn’t the same impulsive 3-year-old who took her paper bag down to the corner, with mum pensively peering out from behind the living room curtains.
It was a planned escape, very befitting of a 40-something year old. My paper bag consisted of two panniers on a beautifully constructed BMW GS 650. And without mum to stop me, I was able to cross that first intersection on my own (after looking both ways, of course). 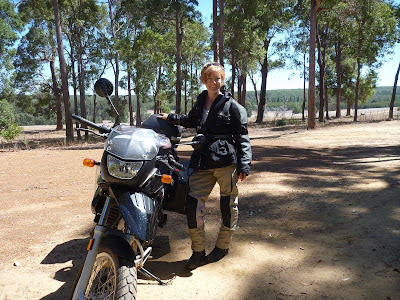 The ride down was the start of what my brain needed. Rush hour on a freeway long weekend. I exercised my ability to be in the moment for over an hour, weaving in and out of traffic with those wide panniers, feathering the clutch and brake. (Thanks everyone who moved over for me so I could squeeze through - it's so bloody hot wearing all that safety gear and not moving! A/C only works while moving on a motorcycle!)
I calculated when I thought I would run out of petrol and guessed where there might be a servo. I succumbed yet again to google maps’ pathetic mapping of Western Australia, finding myself going west of Donnybrook into the setting sun when I knew Nannup (my destination) was most definitely south. Darkness settled in and I settled in to a slower pace, alert to the roos I could see with my peripheral vision.
I stopped in Nannup long enough to see the buzz of folk festival excitement and grab a takeaway dinner. Looking for something quickly (the farmstay hosts were waiting), the stalls on offer had non-Bernadette-friendly foods. I settled for the baked potato, but had to stop them from adding the cheese, butter, sour cream, AND bacon (seriously, all four?!? Could there be anything more fatty to add to a poor potato?) A bit of cheese was plenty flavourful and matched the calories I burned sitting on a bike for 5 hours. Potato in tank bag, I travelled the last 20km to my destination. A “Canadian cedar” loft cabin on a farm. There is something special about waking up to see a place for the first time. 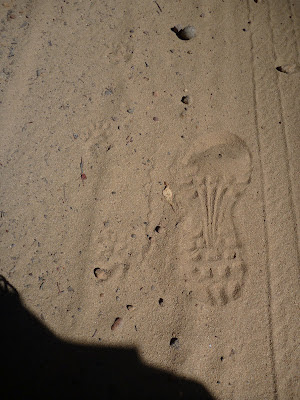 I decided to run to town for the festival. Naturally, I didn’t want to run on the highway. My brain needed more adventure. And solitude. I needed to break life down to its essentials. I took a photo of a few maps and grabbed all important worldly possessions.
I contemplated that as I was running along deserted tracks for the next 3.5 hrs, snaking just north of the Blackwood River. What was essential?
For clothing, I had my RaceReady gear, the lightest and hardest wearing. The pockets held a Visa card, bank card, driver’s license, and all my cash…$15. I had my Injinji socks, Roclites, and dirty girl gaiters. Compressport calf guards, not just for the compression, but for the bonus tick protection. A light cap for sun protection.
In my Nathan 2 ltr hydration pack...water, maps, compression bandage, flint (surely I couldn't be out all night freezing, but it’s so light it just stays there), bit of duct tape, spare batteries, and LED Lensor H7 headlamp.
I had my long sleeve Montane shirt for evening, should I get caught out in the cold at night. I had 900 calories of fuel, a smart phone and Garmin 310. And a buff for wiping the sweat and putting over my hat-head in town if I wanted (oh, the vanity!). 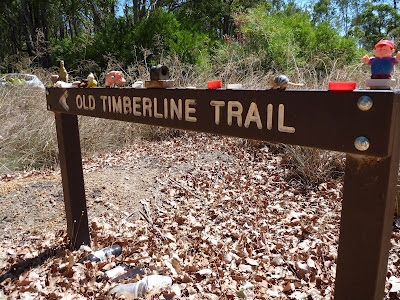 I had a tiny bottle of spray sunscreen for re-applications and a little ‘chapstick.’ My fuel included Hammer Perpetuem solids, my favourite.
For the runners out there - have you ever run with a feeling that you are purging yourself?
People ask what ultra runners are running “from.” Well, it’s not just “from.” It’s not that simple. Yes, I was running “from” … the to-do lists, mediocrity, and the mundane.
And I was running “to” … the simple girl I used to know, the hippie, the Buddhist, the carefree one. 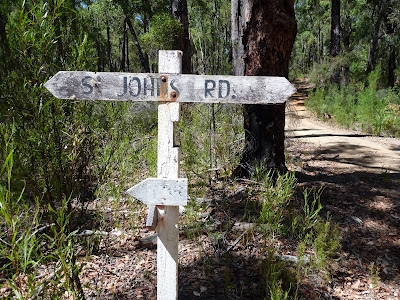 And I was just running. Because I can :) Watch the 3 year olds at a park. Do you think they are running from anything?

I ran 34km to get to Nannup. I arrived 2km after running out of water. The first stall I saw when I ran over the bridge into town was selling lemonade. It was the most brilliant taste. Thank you, Mr. Lemonade seller, for being there.

Four hours later I was back on the road, taking the most direct route back to my “Canadian” cabin this time. I filled the hydration pack and stopped at the servo to get a yoghurt for brekkie and an instant boil-up pasta’n’sauce combo for dinner (the lightest, smallest thing I could find). They had tiny, fresh, non-sprayed peaches by the till. I got 5 for $2.50. I ran 20km with that little plastic bag of groceries beating like a metronome off the back of my pack. There was something utterly peaceful about carrying my world on my back. 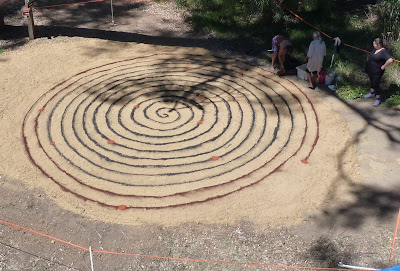 At the 20km mark, as I turned onto the last 2km dirt road stretch, the plastic bag broke and the yoghurt hit the ground. It survived well enough for morning. I just had to carry things under my arm after that (shoulda wrapped them in the buff, silly girl!).
My left foot and shin survived, too. No, they aren't normal yet. But they coped without getting worse after 55km of running.
Thanks foot. I needed that.
Posted by Bernadette Benson at 1:53 AM