Cordyceps sinensis, epicatechin, and other hot tips for athletes

This week I had three different items hit my in-box that suggested benefits for runners. Naturally, I dug out my pseudo-researcher talons and went digging.

Exhibit A. Cordyceps sinensis. What, you ask? Fungi.

I was given a tip on a product that might keep my legs feeling fresh after hard workouts and increase my race performance, including VO2max. I'd never heard of it, but a quick search revealed a world of "cordygen" supplements, particularly 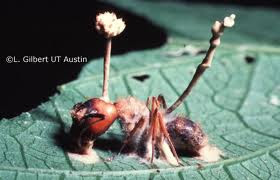 in the body building arena. Cordygen supplements derive from cordyceps sinensis, the fungi.

Cordyceps really lives up to its science fiction-like name. Indeed, the spores like to attach themselves to insects and then slowly take over the insect's body, ultimately killing it, as it shoots new spores all over the earth in triumph. Creepy.

Time to research how this very smart fungi might improve my 10k time...without killing me as well ;)

First thing I found out is that there is actually a species of cordyceps called ciclosporin that is used as an immunosuppressive drug - it helps people's bodies accept donated organs. That's an interesting connection - a fungi that likes to kill its host can work to save a person from rejecting a new organ (something the body may try to reject as a 'parasite' of sorts). Hmmm... but how would this fungi improve VO2max? 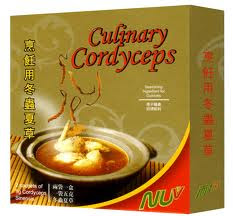 Indeed, it doesn't appear to. On the athletics side, the resounding evidence from peer-reviewed papers was negative. Double blind studies have failed to provide any evidence of effects on oxygen consumption (e.g., measuring Vo2max, time to exhaustion) in cyclists. There was a slight hint from a 2010 article in the Journal of Alternative & Complementary Medicine that it may improve "wellness" in the "elderly" (age 50+), but still without an increase in their VO2max.

They appear to be the most recent. It's not an active area - I think it saw its time - a time that probably rose out of the 1993 National Games in China. Five Chinese athletes broke world records at that event and their coach was cited as saying he had them all on cordyceps (a long-standing Chinese herb from what I saw online). Wiki says this coach had a long suspect history and several of his athletes were banned from the Sydney Olympics for failed doping tests. So the reason they broke records in 1993 may not have been cordyceps at all.

So, no quick fix there, but at least I got to put my wallet back in my pocket.

Exhibit B. Epicatechin. And that is? A flavanol in cacao. And cacao is in dark chocolate. Yummy potential there. Better than bugs with freakish spores shooting out of them, that's for sure.

A very recent study published in the Journal of Physiology has been making the rounds under banners such as "Eating Chocolate is as Good as Exercise." Gotta hope. So, I went to the source. Nogueira, Ramirez-Sanchez, Perkins, Murphy, Taub, Ceballos, Villarreal, Hogan and Malek. (2011) Epicatechin enhances fatigue resistance and oxidative capacity in mouse muscle. 589(18), 4615-4631.

Mice (first problem, I am not a mou 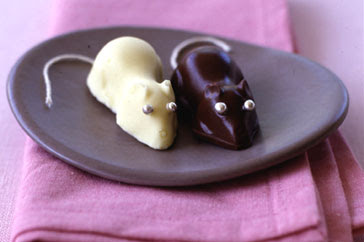 se) were fed 1 mg/kg of body weight of epicatechin twice per day for 15 days. Compared to mice not given this, they showed significant improvements on their little mouse treadmill tests - including duration and speed. Then they were sacrificed so we could understand what happened to their muscles. Denser capillaries and more mitochondria. Good things (not for the mice). The researchers certainly did not conclude that humans should now auction off their running shoes for some bars of chocolate, despite what the media wrote. They merely said that "these findings may have potential application for clinical populations experiencing muscle fatigue." Safely and appropriately vague.

Okay, I want to buy into this. How much epicatechin do I need? If 1 mg/kg works for mice, then that's 50 mg for me. Certainly, I don't want more than the

minimum effective dosage if I have to get my epicatechin from chocolate - at some point the negative effects of the sugar and fat contents will overcome any benefits of the flavanols. How much epicatechin is in a gram of dark chocolate?? Who knows. In fact, it might be none. I found out that flavonoids in cacao are bitter, so some manufacturers actually remove them. But they don't tell you that - suggestion: if it's not bitter, it might not have any flavanols. I found just one secondary source referencing the last author on the paper, Moh Malek, saying "5 grams" of dark chocolate would be enough. That's like one little corner off those big bars of Green & Blacks.

Right. So I'm left with one last item from my inbox to bring me hope. No miracle pill to do the work for me. Just some good advice. Worth more to me and my training than a gram of 100% pure Tibetan-grown organic, pesticide free, free range flavanol infused fungus :)

A good mate has been off with a significant injury and surgery and I asked her whether, with hindsight, she had any warning signs. Her reply:

First lesson - if something starts hurting see someone, be it massage or physio but someone who may have some clues about what's going on.

Second lesson - races don't matter - if you're injured give the race a miss (even if you've pre-entered) and get it sorted out.

Fourth lesson - if its not improving with treatment get a scan so you can find out what's going on.

The lessons sound pretty simple really, but it can be oh-so-hard to admit when our bodies are breaking down and we need time off from our hopefully-healthy addiction.

And how's my own addiction going, post-Commonw 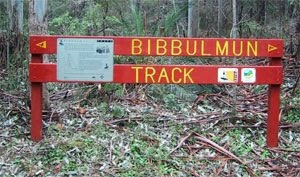 ealths? Well, my resting HR was elevated by about 13 points the night after the event, came down by half the following day, and then held out a few more days, likely because of the cold I came down with. It's now sitting back at it's usual place. I'm doing easy paced 10-15 k runs, allowing my body (with said cold) more time to heal, but generally my legs feel well.