Squeezing all the Goodness Out

Lashings of apologies! I know it's been two weeks. But, finally, here I am ready to share some stories. 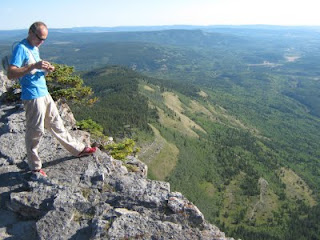 Since the Mito charity run, I've pulled back mileage and 'enjoyed' some harsh tempo runs. My first 14k one that was supposed to be half-marathon pace leaned toward marathon pace but felt like 10k pace! Guess that's what running 58k in the mountains does to the legs. Another one of my speed work sessions was a 5k race, which is a more bearable way to get the work done.


But naturally what we all want to talk about is the mountain running - yeehaw! Rolf arrived from sea level Perth nearly a week ago. Being kindhearted 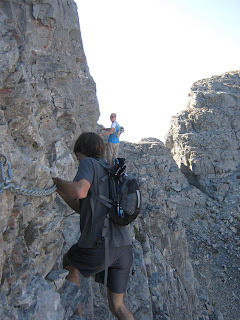 trailrunners we did a lower elevation run last Wednesday night with "only" +460 mtrs over 15k. Poor guy.


This past weekend I didn't mind if my long easy runs were more like heart-thumping hike/runs, so we chose a few special outings to give us max altitude and view factors. And Rolf 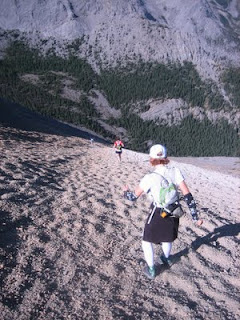 had almost adjusted to the effects of altitude and dry air.

Saturday was a run/hike/scramble/via ferreta/scree run up and over Yamnuska Mountain. Only 10k but +1260 mtrs and about 3 hrs to do it. Scree running is so unique.

Sunday saw us head out to Banff to do Cory Pass. 14k +1058 mtrs and again near 3 hrs (including gawking and posing time).


Almost all the climb takes place between km 1 and 6, when you reach the pass. One of the neat things about this run was that early in the day we had taken a gondola fro 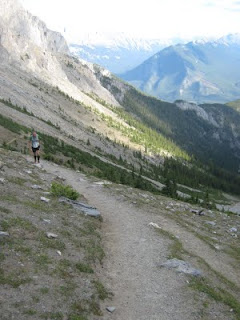 m Banff townsite at 1400 mtrs up Sulphur Mountain to ~2200 mtrs. From there, we stood looking across the valley at Cory Mountain, Cory Pass, Mount Edith, and Mount Louis, knowing we were going to run it.


Not only would we get back to this height under our own steam, we would actually surpass it by running from the valley floor to a stunning 2350 mtrs. Rolf googled this as the baddest hike in the national park :)


What a feeling to be up there. Going through a mountain pass triggers the explorer gene. Suddenly, you hit the summit and can see an entire new world in front and below you that has been completely blocked from view until that moment. It's like having a curtain suddenly drawn open. 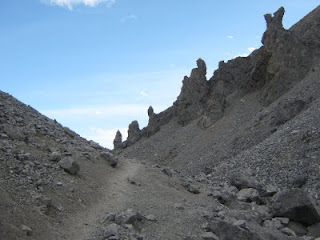 At a few points on the ascent I did have my doubts we'd get there. Rolf was struggling with the 28 degree heat, the elevation and pace, and probably most of all, struggling to keep his ice cream down from lunch. However, it was so steep going up that there was no way I wanted to get stuck into having to go back down the same way. I want 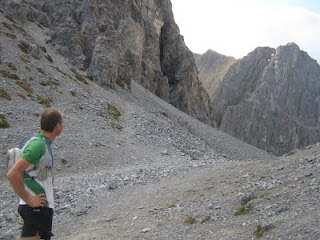 ed the loop more than ever after slogging along that tough ascent.


From the summit, we hit some single track scree. Because it was north facing, this section had some snow, giving Rolf the chance to throw a snowball (at a rock, thankfully). Then some technical descent through the trees - lots of roots - before the trail widened and smoothed out.


Rolf tried to stop to enjoy some berries along the way, but I strongly suggested that was a bad idea, since it was a buffalo berry section along a stream. Bears need 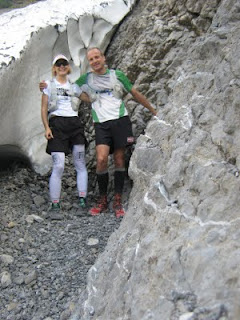 to eat upwards of 200,000 berries per day now to fatten up for winter. I wasn't ready to watch Rolf fight the bear over a berry when we can get a punnet of them in the shop for $3.


Strength and massage today, then back to the speed work tomorrow. Two more of those sessions before the hay is in the barn.
Posted by Bernadette Benson at 1:07 PM