I live in Kelmscott. It's a suburb of the City of Armadale. If I go abroad, I just say, "I'm from Perth."


The reality is that Perth is actually only 20 square kilometres. It's basically the central business district - or the "downtown area" as a Canadian would call it. There's a population of about 22,000 there. Abutting Perth are several cities and towns. To get from 'downtown' to my home, I drive through at least two other "cities" before I reach mine. It's just one suburb after another, so you can't even tell.

My city covers 560 square kilometres. It's more than half forest, which makes me even more appreciative of it. There are about 91,000 people. 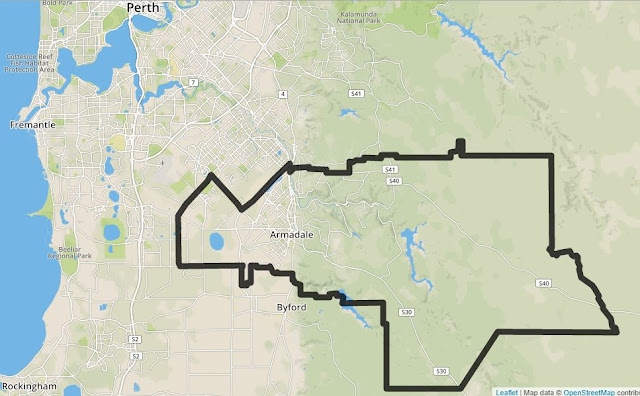 Australia is heading into autumn and winter. Ten days from now, before the end of April, I was to be flying to Europe for my annual migration. I was to do a 6 day race in Hungary in May, a mountain race in Switzerland in August, and the 100km World Championships in The Netherlands in September. I was to travel to Canada to see family and friends.

Most of us have a long list of what we "were" to do.

Now, it's time to make some other choices. It's time to get creative.

I have not spent a winter in Perth since 2009. If I'm going to be here - and encouraged (if not downright mandated) to stay local - well, I need an adventure.

My goal is to run every bituminised street in my city. I will still break it up with hilly trail runs. I haven't decided if I'll add the trail runs to my map or not. If I do, I will categorise them separately.


I have no idea how long this will take. Several months, I expect. That's fine. I've got a few seasons ahead to get to know my city!

I call it my "Run Every Street (RES) Project." It's also about RESiliency, being RESourceful, RESponsive, and making RESolutions!

Posted by Bernadette Benson at 3:20 AM