Looking for The One Percenters 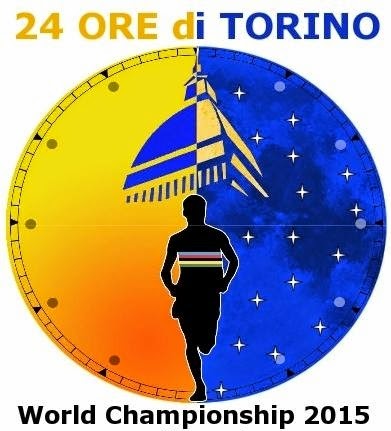 It's been haunting me. Ask any of my running mates. A couple months ago, I had to commit to apply. I did. I was accepted. But I wasn't jubilant. I felt not just ambivalence towards the race, but almost resentment towards it. Where was the mojo?

I've been running. Trail running, road running. All good. Enjoying the miles, solo or with mates. This wasn't burnout. I was happily training...but for what? If I didn't want to do World 24 Hour, what did I want to do? I had a long list of maybes.

Yet I wasn't eager to sign up for anything. Everything was rejected for some reason or other. I wondered if maybe I was just done racing. Maybe my competitive gene had fizzled out.

After two months of talking about the "problem" (alternated with ignoring it or "being" with it), of looking for answers in ultra running podcasts, of listening to mates' stories of their own racing goals, of talking more, of more quiet reflection, I finally found what I think is my stumbling block.

Over the past 7 years, I've learned a lot about running and performance-related things. I've learned about bad fat in processed food. About glycemic index and insulin spikes. About foam rolling, sports massage, ice cup massage, and needling. I've learned about good fats, turmeric, epicatechins, antioxidants and anti-inflammatories (the natural ones). I've experienced musculoskeletal adaptation that allows me to run double the mileage I did 7 years ago. I've learned about speed work, track sessions, Mona fartleks, Masters Athletics, beetroot juice, and caffeine. About form and gait when running, low heel-drop shoes, eccentric calf raises, neutral shoes. How to eat right after a long run, how much glycogen is stored in muscles, and what tends to cause (and how to prevent) blisters. Studied hypobaric vs hypoxic training, heat acclimation vs acclimatisation. Calculated pacing programs and compared the effects of positive, negative, and even splits in racing tactics. Had DEXA scans, electrical impedence scans, ultrasound scans, CT scans, MRIs, and VO2max testing. And that is certainly not a comprehensive list!

Accompanying all this, my running performance has seen gains that look a lot like that little chart above. Now, I'm sitting at that last triangle on the right. What's next? Where do I squeeze out more performance now? Stop working? Become a full-time athlete? Move to a mountaintop? (with a training field in the valley below 1500m, of course.) 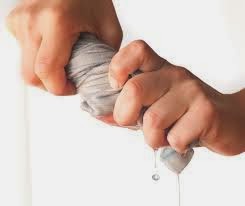 I've been wringing out a towel of goodness for 7 years. But you know what happens when you get that towel nearly wrung out. Getting those last few droplets out is HARD. Your hands burn, your fingers get red. You work for those last few drops. Yes, you worked before, but it's nothing compared to the work of getting the last drops out.

That is where I think I'm at.

Am I ready for the mental AND physical challenge ahead? The challenge of trying to eek out a few more drops?

I've decided it's time to try. So with that in mind, I've researched a few things that have been on my "someday" list for a while. Things that may be "One Percenters." There are several more to research, but here are a few:

Coenzyme Q10. (CoQ10). This substance is made in our bodies. It's also found in oily fish, nut oils, avocado, and organ meats. Cells use it to produce energy. Although our bodies make it, levels do decrease with age. Intensive training decreases it, too. So, a supplement sounds like a good thing - ensure levels are up so that our little cell powerhouses are fully powered. Unfortunately, the jury is out on whether supplementing actually can improve performance. There are so many ways to research a supplement that it can be hard to interpret and compare results - you can vary dosages, test different types of people (e.g., sedentary old men, recreational runners, elite bodybuilders), have one group on a placebo without knowing it's a fake pill, limit the use of other supplements like vitamin C by participants.... The body is very good at keeping itself in homoeostasis. So unless there's a great deficiency, a CoQ10 pill might just all be pee'd down the drain. Healthy runners rarely have vitamin deficiencies. BUT, there is a small amount of evidence supporting supplementation (maybe at 200-300mg). It's generally well tolerated as a supplement, with no ill effects. So, given that I tick the boxes of aging and intensity in training, and the fact that I've already capitalised on the "big ticket" performance enhancers (e.g., weight loss, low GI diet, speed work), I'm going to give it a go. My choice is to try the Hammer Nutrition Race Caps Supreme for a minimum of 6 weeks. I'm keeping in mind Race Caps also have magnesium and vitamin E/tocopherols. Magnesium I discuss below, but not vitamin E. For the sake of keeping this blog post manageable for me to write and you to read, let's just say there is some support for the antioxidant/vitamin E. It's on the AIS Group B list and discussed here more.

Magnesium (Mg). A mineral used for all kinds of chemical reactions in the body. Some is stored in bones and is used for bone maintenance and growth. It's also used by nerves and muscles and neutralises stomach acid (hence its use in antacids). Mg is in all sorts of foods, but particularly in high fibre foods like whole grains, seeds, nuts, legumes, and green leafy veg. People living in areas with naturally occurring "hard" water get more through their water. Why am I interested in Mg? Because of the periodic sleep deprivation I get due to "restless legs." It's been touted as a fix for muscle cramps (though my restless legs aren't a stereotypical painful cramping). Research says Mg levels are tightly controlled by the body. Although levels in blood increase right after high intensity exercise (likely due to muscle breakdown that causes it to transfer from muscle into the extracellular fluid - just like happens with potassium), levels normalise within a day. In prolonged exercise, one might think levels could go down, as the broken down Mg is pee'd and sweated out, but it doesn't seem to be the case - and again, levels normalise within a day. Taking oral Mg and expecting a change in internal chemistry looks to be a tough one - the body keeps its levels under control. So, unless you have a deficiency, you're just going to pee it out. Knowing whether you're getting your RDI appears prudent with this one. There's a small amount in my Hammer Race Caps, so I'll consider that a potential top-up and leave it at that. Though doing a food diary and adding up my daily Mg intake would be the scientific thing to do. That's one of those "when I have more time" projects :)

Pineapple. Just the other day, someone told me they'd heard pineapple was an anti-inflammatory. I'd never heard that - and I think I do a lot of reading. Well, that very night, I picked up an article that said "eat pineapple for the anti-inflammatory properties." Okay, time to research. Pineapple is a "bromeliad" flowering fruit. There's an enzyme called bromelain in it. Well, I think bromelain is more technically a mix of protein-digesting enzymes (yes, enzymes that digest protein, which is possibly the reason it "tickles" or stings the mouths of people who eat a lot - your mouth has protein in it, after all.) Bromelain is a natural blood thinner and anti-inflammatory. It really has been used as such by the medical community. Bromelain is extracted from the stem and the juice of the pineapple. The problem is that it does not occur in high enough doses naturally in the fruit to act as medicine. Stick to the omega fats like Udo's Oil, walnuts, and avocado and turmeric (curcumin) for your natural anti-inflammatories. But feel free to enjoy a pineapple for its anti-oxidant/vitamin C :)

L-carnitine. The Australian Institute of Sport (AIS) currently lists carnitine on its Group B list of supplements. It's their official list of "maybe" performance-enhancers. The "jury-is-out" supplements, according to their review of the research. L-carnitine acts as an antioxidant not unlike CoQ10 (to my untrained eye). It helps the body breakdown fat to convert it to energy and it's made in our bodies. It appears helpful for people with certain heart conditions like angina. It occurs naturally in many foods including dairy and avocados, but is definitely highest in red meat (hence the "carni" in the name). Research is definitely scant, but supplements are well-tolerated. So, I might just start dipping into that bottle I've had laying around unopened for 6 months. Another experiment in One Percenters :)

Well, my hands are sore. From researching and blogging or towel wringing? Time for a little speedwork. I've got a 100k in two weeks - decided to put a training race into the program a few days ago. I won't be in peak shape for it, but that's what training is about, isn't it? Getting into peak shape :)

Posted by Bernadette Benson at 11:06 PM