It's Soy Complicated: The Two Faces of Soy

Much loved and much maligned. Soy has been touted as an amazing health food promoting the longevity of Asians and as a danger that will cause men to grow breasts. 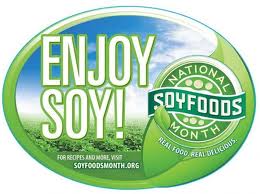 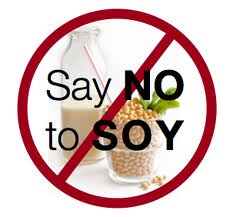 The area is so complicated that I've reviewed it three times before in my life, concluding once to go on, once to go off, then again to go back on. Lately, I've been hearing the "vibe" again that it's a dangerous food I should avoid ... as a human, a female, and an athlete.

It was time to review the data again. I pulled my sleeves up, dug my arms in up to my elbows, and read several blogs and websites, primarily for reference to peer reviewed research, which is what I focused my analysis on. Yesterday I read about 20 studies, published from sources as wide ranging as a Master thesis in pharmacy on anti-nutrients in peas, to the Journal of Nutrition's "Inhibition of Human and Rat Pancreatic Proteinases by Crude and Purified Soybean Proteinase Inhibitors," to the American Journal of Clinical Nutrition's "Soy Protein, Phytate, and Iron Absorption in Humans," to the Journal of Nutritional Science and Vitaminology's "Trypsin Inhibitor Activity in Commercial Soybean Products in Japan."

Here's what I found:

Soy is a bean. A legume, precisely. Other legumes include other beans of course (kidney, lima, etc), peas, lentils, alfalfa, clover, carob, and peanuts. Coffee technically isn't a bean, it's a seed from a fruit - so coffee drinkers don't have to panic about anything here! :)

Soybeans and other legumes contain something called trypsin inhibitors. So, they inhibit trypsin...and trypsin is?? It's a enzyme in your body. And what's an enzyme? Enzymes are basically proteins that act as a catalyst for some chemical reaction in your body. In this case, we're talking about an enzyme that is secreted by the pancreas to help your body digest food. Trypsin breaks down protein when it reaches the small intestine into smaller protein bits (like a "meat cleaver" of sorts) so that the protein is small enough to get absorbed through the intestine and thus to nourish our body/muscles.

They figure these plants contain trypsin inhibitors (TI's) in order to help protect them from insects and the like - to help their survival. A big concern, therefore, with eating soybeans (including soy milk and tofu), is that if the TIs in the soybeans reach your small intestine, they will shut down your body's production of trypsin and the protein "chunks" you've eaten will leave your body partly undigested because they're too big to be absorbed by your body. You won't get all the protein out of the soy you're eating. Or, let's say you are eating a stir fry with two protein sources - chicken and tofu...the TI in the tofu would shut down trypsin in the small intestine and neither chicken nor tofu protein would be digested completely. Thus, as a human and particularly as an athlete who needs protein in recovery, I would be compromised in my protein intake. I might think I'm getting 15 grams, but what is digested/absorbed will be less (how much less, I cannot find from studies, as almost all are based on the growth of farm animals eating peas and such - or rats who were fed only soy, which is unrealistic, as humans don't only eat soy!).

This seems to be a valid concern. Looking at the information out there, this is real science and not a made up scare tactic by the beef or dairy industry. However, agriculturalists have been aware for decades of this issue with legumes and they know many methods for destroying TIs in order to ensure animals raised for meat maximise growth. Despite the fact that it's been a known "concern" for decades amongst the farming/agricultural industries, why hasn't it been a worldwide issue for human health? Like telling us that death cap mushrooms and belladonna (nightshade) berries are deadly. There must be a reason it's not on the list of dangerous/deadly "foods!"

First of all, it is possible to destroy the TIs in legumes. You essentially just need to process the legume somehow. Because these enzyme inhibitors are proteins themselves, they are easily denatured by heat. Germination (soaking/sprouting), fermentation (miso, natto, soy sauce are all fermented soy products), and cooking destroy the majority of TIs. Granted, soybeans contain some of the highest levels of TIs of any legume, so it takes more to destroy more...I saw studies mentioning cooking for 10 minutes reduced TIs to 11% and 20 minutes reduced TIs to 5-10%. A study of commercial soy products in Japan showed that various types of tofu had 2.5 - 7.9% TIs left, soymilk had 13% of TIs left, and natto, soy sauce, and miso all had under 1% of TIs in them.

So, for those who eat fermented forms of soy, looks like we're in the clear for potential negative impact of TIs. Yet, are TIs all bad? Did you know that human breast milk has TIs in it? I didn't. But it's obviously there for good reason.

Now, what about those of us who drink soy milk - a non-fermented soybean product? Well, soy milk that comes in those tetra packs is UHT - ultra high temperature treated. That's over 135 degrees C for 1-2 seconds. Heat inactivates TIs, but it seems the very short heating time for this process isn't enough to inactivate all the TIs (i.e., the study that showed 13% remaining).

Does that mean we need to give up soy milk? Is 13% significant? Well, for me, moderation prevails. First, I need to look at any potential benefits I get from soy. Soybeans are a good source of omega 3 fatty acids, iron, and protein for non-fish and/or non-meat eaters. They contain fibre. Consumption of soy has been linked to decreased risk of coronary heart disease, decreased LDL and total cholesterol, decreased risk of osteoporosis and diabetes, and decreased risks of many types of cancer. And decreased symptoms of menopause in women.

Ahhhh, now that takes us to Big Issue #2 with Soy. The claim: It will make men infertile and grow breasts! Is it true? Well, although the meta-analysis (review of all relevant literature) linked in the last sentence says no, I found a wee bit of evidence for the "no soy" camp - a case study of a man who was consuming 3 quarts of soy milk per day. That's just about 3 litres. He developed a swollen breast area, yup, and erectile dysfunction. But as soon as he stopped, his man boobs disappeared and he had no apparent lasting effects. Lesson? Don't eat 12 servings per day for a year.

Why the claim that men shouldn't eat soy and this stuff about man boobs? Well, that's because soybeans also contain "phyto-oestrogens." Phyto (plant) oestrogens can apparently mimic human oestrogen under "certain circumstances" (I didn't get into this, I had enough to review) but they are "1000 times less potent" than the oestrogen hormone in the body. And ... news flash for those men who didn't know...all men have oestrogen in their bodies...on purpose. It's normal and functional. For those men who won't eat soy because they are afraid of some loss of manhood, you might have to re-think much of your diet. Phyto-oestrogens, because they're in plants, are therefore also found in oats, wheat, corn, barley (beer!), rye, lentils, flax, sunflower, sesame, olives/oil, almonds, and chick peas. Hmmmm. The diet could get rather restrictive.

Big Issue #3 with soy - it contains phytates. Crap. Another big word. Isn't it easier just to read someone's link on Facebook about soy and accept their post (either for or against) as truth? Especially if it's in bright colours with a big headline? Yes, it is. But easy and wise aren't always the same. It's easier to lay on the sofa rather than go for a run, too, but we don't pick that, either. Okay, so you've decided to stay with me. Let's find out what a phytate is.

Phytate is the major storage form of phosphorous for plants. Cool. Easy. Humans don't get phosphorous out of these plants, though, because we aren't ruminants (we don't have the extra stomach compartment to vomit and re-chew our "cud" like a cow can). Thus, that plant phosphorous goes right through us. That's okay. The problem is actually that phytates (the salt form of phytic acid), binds to minerals (zinc and iron, and less to the macro minerals calcium and magnesium) as it passes through our bodies and keeps it from being absorbed. Damn. That's not good at all. It's stealing my minerals! This is, as I understand it, why the paleo proponents don't want you eating grains, nuts, and seeds. Yet, phytates aren't classified as anti-nutrients. Why not? Because they are potent anti-oxidants. At lower levels, phytic acid reduces blood glucose and/or plasma cholesterol and triglycerides. Phytic acid, just like protease inhibitors (another name for the TI above), and phyto-oestrogens, reduce cancer risks, including colorectal cancer and breast cancer and the formation of kidney stones. This is important. UNDIGESTED phytate in the colon (the very thing some say should be bad), appears to exert a protective factor against colon, endometrial, ovarian, and other cancers - the phytate is taken up by any malignant cells in the body, which changes them. Ahhh, a balance - yin and yang. Gee, so maybe humans do need some phytates!

And, plants also have phytase in them, the enzyme that neutralises the phytates. You can activate the enzyme by sprouting, soaking, or fermenting the nut/grain/seed. (The reason you see some people keen on "sprouted" breads). And it's also well known that you can mitigate the "binding" effects on minerals such as iron by eating ascorbic acid (vitamin C) with the meal...that is, throw something like red capsicums in with your stir fry/lentil stew. But it sounds like we don't want to lose all the phytates, anyway, as they are essential anti-oxidants with what appear to be remarkable cancer fighting properties. And, personally, as a mostly vegetarian with a pretty high intake of plants (lentils, quinoa, beans, etc), all my bloodwork and my recent calcium absorption testing have all shown normal values. The only issue I've ever had is with iron and that remains stable with supplements. And the research I reviewed all reported the same thing - the only time malnutrition is seen in humans is in societies with very high plant intake and very low nutrient intake...like impoverished people living in refugee camps. This is not a problem seen in everyday society.

The final word? Again, moderation. I'm sure if you ate 12 servings of chia a day or 12 steaks a day, bad things would happen to your guts and overall nutrition as well. Soybeans, along with other plants/legumes, appear to have their role in our overall health. The only people who should consider avoiding soybeans? Those with an allergy, obviously, and perhaps those with hypothyroidism/iodine deficiencies. And what is a serve of soy? 1 cup of milk or ~115g of tofu. Go on, have some. And sprinkle some cinnamon into that soy latte or turmeric on the tofu ;)
Posted by Bernadette Benson at 1:12 AM